Home Business What If Europe Ends Up With Too Much Gas? 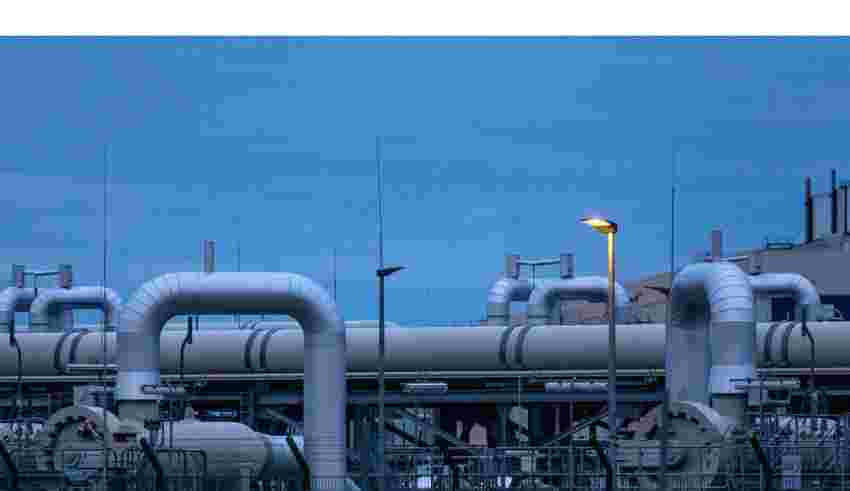 (Bloomberg) — A relentless stream of bad news has kept European gas markets tight and on edge. First, Moscow turned off the taps; now there’s damage to the pipelines themselves. It could get worse if winter is unusually cold or if there’s further disruption. But perhaps it’s worth stepping back to imagine a world in which Europe gets a little bit luckier?

If the weather is mild, citizens heed the call to curb energy use, and some of the worst outcomes get priced out of markets, Europe could benefit from a big drop in gas prices. That could mean a recession is avoided, inflation falls back earlier than anticipated, and the European Central Bank can ease off on painful rate increases.

Europe has entered a whole new and much more challenging energy environment. Over the course of a year, gas flows from Russia, which used to provide almost 40% of the region’s consumption, have been reduced to a trickle. As supplies dropped, prices soared and are now hovering about 10 times above their historical average.

The economic outlook for the region is dire, as higher energy costs are squeezing consumer incomes and wrecking industrial supply chains. Governments have stepped in to provide support, but the shock is huge and amplified by spillovers to electricity markets.

Building on an International Monetary Fund model of European supply and demand for gas, under the current circumstances, we see prices remaining around €200 per megawatt-hour in the coming quarters, weighing heavily on industrial production and domestic demand.

With prices at that level, our model suggests that the euro area will spend almost 5% of its gross domestic product over the next 12 months on natural gas imports, up from 1.3% in 2021. That means our baseline forecast is for the region to slide into a recession in the fourth quarter, contracting by about 1% over two quarters. Combining a cold winter and a flubbed response from policymakers could see GDP drop by 5%.

Faced with such challenges, European energy networks have so far held up surprisingly well. Supplies from other countries, particularly in the form of liquefied natural gas, have built up rapidly and demand has fallen substantially, closing some of the gap left by the drop in Russian flows. Meanwhile, European Union-wide coordination has helped gas flow to where it’s needed. As a result, the region is entering winter with high storage levels.

In its Gas Winter Outlook, BloombergNEF estimates that demand for gas has already fallen considerably across Europe and projects it could drop to 17% below the average of the past five years this winter.

If those forecasts are right, our model suggests prices could fall to around €175 per MWh ($172 per MWh), lowering the gas bill to about 4% of GDP. This may not be enough to avoid a downturn but would keep the contraction shallower, with GDP falling by only about 0.3% over the winter.

An even more benign outcome is possible.

In the second half of last year, prices rose by more than our model would have predicted. It’s possible that the fear of an acute crisis, combined with market dysfunctions as some players got caught up in margin calls, have kept prices higher than can be justified by fundamentals.

Efforts by EU leaders to improve market liquidity as well as ebbing uncertainty over the energy outlook as winter begins could mean the risks of an acute crisis are priced out. Our model suggests that this could be consistent with gas prices falling back to around €100 per MWh. Still costly, but a tremendous turnaround compared with the current outlook.

Such a drop in prices would substantially lower energy costs for households and businesses in the euro area—we estimate they could drop to about 2.3% of GDP. As the drag on industrial production and aggregate demand alleviates, a recession would be avoided, and the economy could expand by 1.1% overall in 2023, up from -0.1% in our current forecast.

How the ECB Reacts

The drop in prices should also drive inflation down faster than the ECB is anticipating. This would take some of the pressure off President Christine Lagarde and her colleagues to lift rates.

We are currently forecasting the ECB will hike the deposit rate rapidly to 2.25% by its February meeting. This would take policy into contractionary territory for a few quarters before the central bank lowers the rate to 1.75% by December 2023. If the energy outlook improves, the need for restrictive rates would be reduced. Europe would benefit from a double boon, with energy prices and interest rates both lower than current forecasts suggest.

Getting through the coming winter is a major challenge for Europe’s energy network and economy. Preparing for the next, with Russian gas supplies at or close to a complete halt through the entire year, will be yet another hurdle. Much-higher-than-normal prices are likely to persist well into 2023 as countries rush to replenish storage among even tighter supplies, and we expect high energy bills to keep weighing on activity.

Still, supply and demand are continuing to adjust—the planned expansion of LNG capacity, notably in Germany, is a case in point. Looking further ahead to winter 2023-24, we think this means that acute crises can be avoided. Over time, the drag from higher energy costs will gradually decrease.