Home News What is the Role of God, Church, and Voting in American Politics? – The Published Reporter® 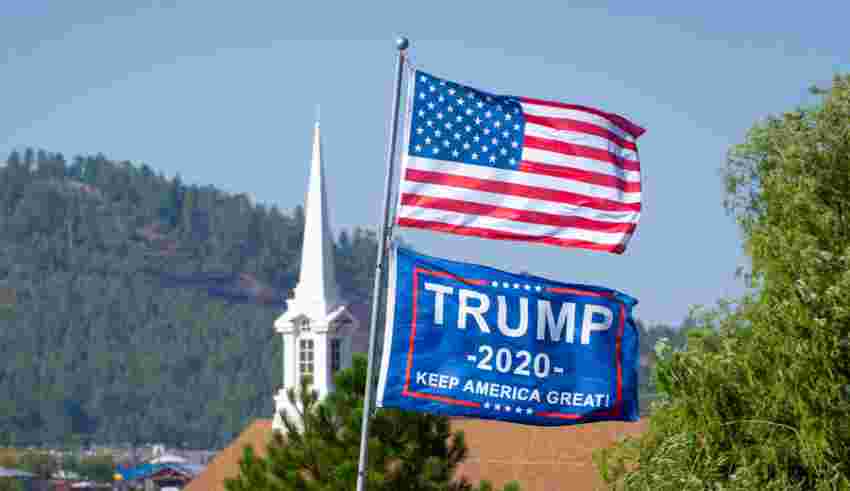 PORTSMOUTH, OH –  Scores of books have been written about the role of God, the church, and politics in the United States. Albeit, I am not a historical researcher, a political or economics professor, nor a biblical scholar, however the purpose of my column is to provoke critical thinking, conversation and action for Christians to open the floodgates and for voting in 2024 Presidential Election.

And while I would not tell any Christian citizen who to vote for – I am calling upon freedom-loving patriots to dig deeper into the socialism movement, woke cancel culture, and the war waged upon the U.S. Constitution, liberty, and democracy. And make no mistake – we are in a battle for the soul of America.

What is the role of God in American Politics?

Almighty God who established the United States of America is on the side of truth. God favors neither Republicans nor Democrats – God favors truth, freedom, justice, and mercy.

Dr. Richard Lee, a pastor and author of the 2020 book, “The Battle for the Soul of America and How Christians Can Win It,” proclaims “When I think about what has happened in America over the past twenty years, who could have imaged America’s drastic slide into immorality, the destruction of our social morals, and the attempts to destroy Christianity and replace it with godless Socialism. But the good news is that the power of the people of God is the greatest force for good this world has yet to see.”

Lee is also the author of “The American Patriot’s Bible, KJV: The Word of God and the Shaping of America” published in 2012. This Bible shows how the history of the United States connects the people and events of the Bible to our lives in a modern world.

Is the USA a Democracy or a Republic?

I think I was snoozing in Government class in high school because I didn’t know the USA was a Republic instead of a Democracy until recently – however the words are often used interchangeability. Moreover, what makes the USA government unique is our remarkable, incredible, and freedom-loving Constitution.

“America Is A Republic, Not A Democracy,” teaches Charlie Kirk at Turning Point USA.

“Democracy Vs Republic: What’s the difference between a Democracy and Republic?” by

Illustrate to Educate gives the lesson in a nutshell.

On his YouTube podcast, Doc Rich shows a clip of the lefty liberal politicians using the word ‘democracy’ as a battling ram. He also shows a detailed video about our U.S. Republic.

From what I gathered, a Democracy asserts that the majority rules and the minority lose. A Republic protects the minority with a checks and balances system. The USA is a Republic with democratic representation.

Why Does the Constitution Begin with the Words “We the People”?

“We the People of the United States, in Order to form a more perfect Union, establish Justice, insure domestic Tranquility, provide for the common defence, promote the general Welfare, and secure the Blessings of Liberty to ourselves and our Posterity, do ordain and establish this Constitution for the United States of America.”

What is the Role of the Church in American Politics?

“Does the Church belong in politics?” – a question asked in a 2019 commentary in the Christian Post by James Gottry, the vice president for public policy at the Dr. James Dobson Family Institute. “We live in a representative form of government, which means that we elect individuals to represent us in matters of personal, local, and national significance. The policies adopted and laws passed by those representatives impact the present and future of every citizen. They impact our families, our children’s education, our businesses, our churches, our local communities, our states, and the world. As citizens, we have a moral obligation to participate in culture, public policy, and yes…politics.”

Folks, what say you?

“Yes: The church belongs in politics,” is the title of a 2020 opinion piece in the Christian Post by Dr. Richard Lee. “I am convinced we’re on the threshold of saving America from those who want to lead us down a path of destruction. This effort will be brought about by faithful Christians and other like-minded conservatives who have reached an emotional and cultural tipping point. We’ve reached an impasse with today’s so-called elites. So many of the men and women I meet as I travel and speak around the country are fed up with what the liberal media and the woke socialists are trying to do to America. Americans love America too much to give it away to the Radical Left.”

I agree with Lee. Hour by hour and day by day, scales on the eyes of people across the USA are falling off as truth is revealed about the forces of darkness that seek to destroy our great land of liberty in exchange for a totalitarian regime – and Satan is using corrupt politicians and their minions to subjugate the citizens.

“The truth is controversial,” declares Marcus Rodgers on his YouTube ministry podcast.

Yes, I agree with Rodgers. The men and women in the Bible: apostles, disciplines, and followers suffered persecution for taking a stand on God’s principles and commandments in the scripture. And therefore, so will modern-day Christians.

Throughout my past experiences with churches, denominations, and attending a Bible college, I cannot recall one single time the leaders encouraged the people to vote. Argh. And I confess that for decades my head was purposely buried in the sand and I didn’t follow politics and voting was a rarity. I was wrong.

People in the church pews do not have to choose between praying or voting – they can do both. Furthermore, we have the responsibility as Christians to elect freedom-loving leaders that uphold our Constitution and our values.

Did you know around 40 million Christians might not even be registered to vote?

“The Lance Wallnau 2022. Vote: Only Church Can Rescue The Republic And The Economy,” a podcast, featured a guest from Faith Wins, a ministry that travels around the USA to teach pastors and preachers that elections matter. “Every Christian in every church in America needs to be registered to vote – and then needs to SHOW UP and vote Biblical values on Election.”

Faith Wins has compiled many resources for pastors and the congregation to use in voter registration.

Due to the manipulation and corruption of left-leaning fact-checkers and polling organizations, I’ve stopped citing them in my columns. Tracking down original info takes time, but it’s worth it. Note that op-ed commentaries contain the writer’s opinion as well as facts. Please use your own research formula and critical thinking skills to arrive at your own conclusions.