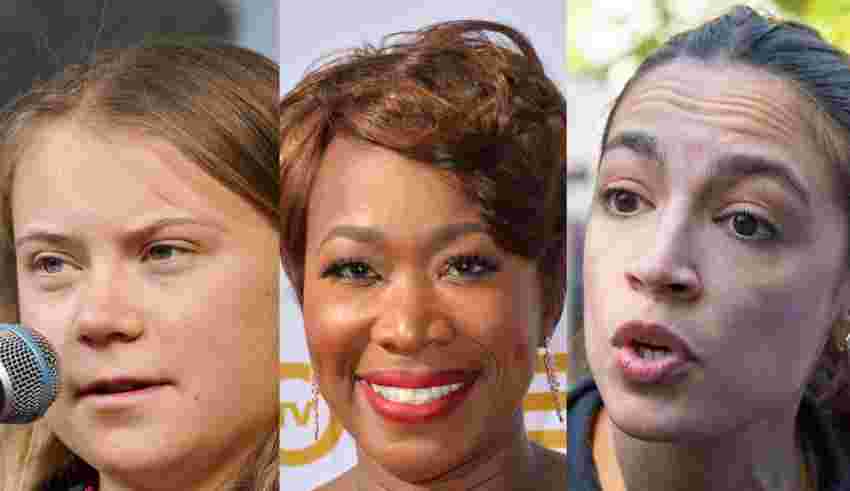 PORTSMOUTH, OH –  Which of these three attention-seeking ladies increases your blood pressure the most? Which dismal drama queen are you most likely to catapult to Uranus? And which woke woman needs to be voted as the most asinine individual in the news for 2022?

Alas, it’s a tough decision as they all possess a malicious mouth. The tiresome trio needs a bar of soap for their toxic tongues. And a lobotomy for their barbecued brains.

Grumpy Greta Thunberg. With help from a few hundred other crazies, Thunberg recently filed a lawsuit in Sweden, suing the government for not going postal on climate change. Thunberg threw a temper tantrum and skipped the COP 27 conference this year for the same reason. By the way, carbon emissions are not annihilating the planet and the people – it’s a doozy of a hoax by the World Economic Forum, United Nations, and World Health Organization.

Joyless Joy Reid. Not to be confused with Joy Behar – also joyless. Argh. Rabid Reid is an embarrassment to the field of journalism. Goggle her name and the reoccurring word is “moron.”

Alexandria Ocasio-Cortez. Another champion of socialism, AOC and Bernie Sanders must be BFF. The fool at this website is betting on AOC for future USA president. Double cringe.

“Megyn Kelly blasted Rep. Alexandria Ocasio-Cortez (D-NY) as a “moron” and a “Kardashian in Congress” after the progressive lawmaker called for impeaching Supreme Court justices over their decision to overturn Roe v. Wade,” reports the New York Post.

Why are these three Spinderella’s so rude with their commentaries? Fame, fortune, fanaticalness. Or lack of access to a Charm School. These drama divas need medication.

I’m giving Greta Grumpypants a pass because she is young and brainwashed by the climate crazies (aka Klaus Schwab at WEF and his minions: Bill Gates, Al Gore, John Kerry and other climate hoaxers). Naive and impressionable, the younger generation has been indoctrinated and sucked into falsehoods about the impending doom of climate catastrophe.

Although wacky and intense, AOC gets a pass as well. Academia stunned her growth.

So, Joyless Reid gets my vote for the most miserable mouthpiece of 2022.

Please comment and vote for the most annoying Woke woman of 2022 on The Published Reporter’s Facebook page.

Yes, it’s a difficult choice as all three deserve the toxic tongue trophy.