Home News Why Are Chinese Police Stations Still In The USA? – The Published Reporter® 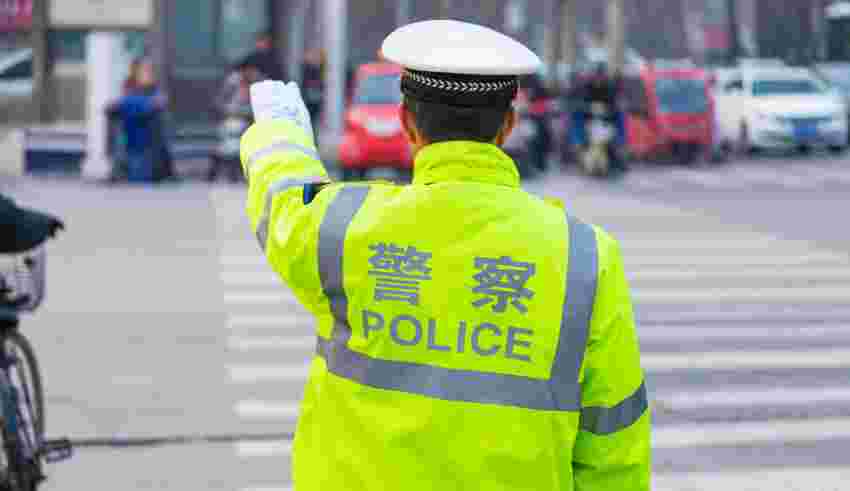 SPRING HILL, FL – Over a year ago we became aware of the presence of the Chinese Police Stations through news reports. The American ChangLe Association in New York City was found to house the Fuzhou Chinese Police Overseas Service Station. It claims to be a nonprofit group, however the IRS revoked the group’s status. Its main purpose supposedly was to track down illegal transactions and activities of Chinese who have been critical of Premier Xi Jinping and his administration.

The Chinese government denies running these stations although many countries have reported through, local and national police investigations that these stations are policing Chinese nationals. Numerous immigrants have been monitored, blackmailed, and harassed for being critical of China’s administration. The main purpose seems to be to track down dissenters and send them back to China. Many Chinese expatriates have left China to escape its policies, draining the nation’s manpower and its best and brightest. China sees this diaspora as a critical problem and is attempting to prevent it by policing in other sovereign nations.

These police stations are on five continents with at least one hundred and ten identified police stations. This has been done without these nation’s public notice or approval. China downplays these police stations as centers for Chinese immigrants to be assisted in getting passports and access for driver’s licenses and helping their transition into another nation. These practices were already functions of the Chinese embassy.

China adamantly denies they are attempting to track, intimidate, and force Chinese to return to China for crimes against the state and putting fear into the hearts of any person that is contemplating escaping from Chinese control. Furthermore, they state, the United States should stop making groundless accusations against China to create false issues to profile China as a totalitarian state. Yet, the behavior of China continues to demonstrate a total disregard for other nation’s legal systems.

FBI director, Christopher Wray, has stated: “The United States is deeply concerned with the Chinese government’s setting up unauthorized police stations in the US cities to possibly pursue influence operations: the report said the stations were an extension of Beijing’s effort to pressure some Chinese nationals or their relatives abroad to return to China to face criminal charges.”

The Human Rights NGO, Safeguard Defenders, has documented numerous incidents of Chinese nationals in other countries being abused, intimidated, and threatened if they did not want to leave. This Chinese policy is a method to prevent “diaspora,” the large scale leaving of one’s country for another one, in this case by the Chinese people.  The knowledge that the Chinese who have left China are still under immense scrutiny by Chinese agents in most of the advanced nations throughout the world is a deterrent to leaving China.

Safeguard Defenders have stated from April 2021 to July 2022 Chinese have been tracked down by CCP agents and have intimidated and persuaded 230,000 expatriates to return to China. This stunning reality is that the United States and other nations have not stood up to China and demanded that these Chinese Police Stations be vacated immediately. Instead, Chinese overseas police stations are still operating as if they have the right to do so on another nation’s soil.

The establishment of separate police operations in a sovereign nation makes a mockery of the laws and power of that nation to rule its citizens. This is not happening just in the United States but in many other nations. Has China gained significant power over the nations of the world to dictate their policies to other nations? Is China now in a positive position to demand other countries accept and follow their lead even in those supposedly independent nation states?

It is a frightening proposition that no national government has publicly addressed this international overreach by the Xi Jinping government. Is it that China has such enormous economic, military, and political power over nations that allows them to disregard the sovereignty of that nation? In other words, is China the ultimate leader of a one-world government?

Are Chinese Police Stations throughout the world, with their own laws being accepted by all nations as only a temporary phase of international relationships? If it is an acknowledgement that China has the right to dictate and establish a separate and legal system above other nations, then China has supreme power over any other nation that accepts the Chinese Police Stations on their soil.

American politicians: do your job and rule on China’s violations of our national sovereignty and rid them of their ability to exist in foreign countries. To remain silent on this affront to the United States, is to admit Chinese power over American law and dominance.

American citizens need to demand our leaders respond to this absurd and offensive behavior by Premier Xi before it is too late. China needs to understand they must remove their Police Service Stations immediately from the United States to preserve our nation’s autonomy.