Home Business Why has Big Tech fallen in love with exchanges? 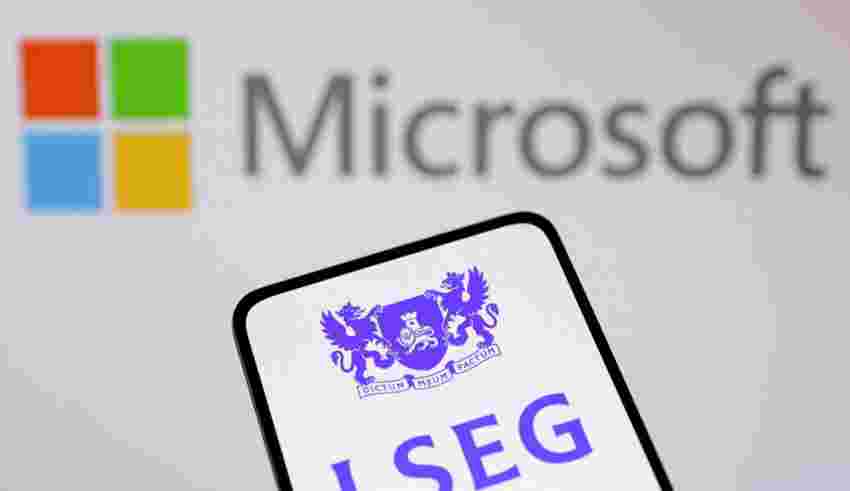 Big Tech is cozying up to capital markets. The announcement this week of a partnership between Microsoft and the London Stock Exchange Group is the third such alliance to be formed in a little over a year.

In November 2021, Google spent US$1 billion and signed a 10-year cloud computing agreement with Chicago-based CME. Amazon Web Services and New York’s Nasdaq agreed a similar deal later that same month, and last week, Nasdaq completed moving one of its U.S. options exchanges on to AWS.

The next issue of FP Investor will soon be in your inbox.

For the exchanges, the advantages are clear. “We are building products together, we are going to market together,” said David Schwimmer, chief executive of LSEG. “This is about our data and analytics capability.”

The U.S. software group will help LSEG shift its infrastructure to Microsoft’s Cloud, which will give it greater processing power and allow the company to package its data faster and more flexibly.

“Moving on to the cloud is very important as they have to enable themselves for the next generation of computing capability,” said Niki Beattie, chief executive of consultancy Market Structure Partners. She added that without this, “it will be hard to move forward at pace.”

LSEG’s data and analytics business is the linchpin of the company, generating £2.4 billion in revenue in the first half of 2022. Its customers, which span fund managers and analysts to traders and investment bankers, use its data to make their decisions. LSEG says it has data on companies accounting for 99 per cent of the world’s market capitalization, as well as price and economic figures from 165 countries.

“Microsoft has whizzy AI and algorithms, they have unique data, and they have the infrastructure to manipulate and create products with that. It’s reasonable to assume revenue growth,” said a top-20 LSEG investor.

Could the partnership also develop a “Bloomberg killer”? More than 40 years after Michael Bloomberg founded his data business, his eponymous terminal remains ubiquitous on trading floors. The rival Eikon product, which LSEG acquired through its US$27 billion acquisition of Refinitiv, trails in popularity.

One favourite function of the Bloomberg terminal is its messaging app. Microsoft and LSEG are aiming to create a new, unified chat and data platform by combining Microsoft’s Teams messaging system with the exchange’s analytics.

“People use Bloomberg primarily because of the chat function and creating that community ecosystem…that’s an important part of institutional financial markets,” said Ben Quinlan, chief executive of consultancy Quinlan and Associates. But he added that Bloomberg’s customers are sticky and eating into its market share has long been difficult.

One person close to LSEG said it would be wrong to think of this as the next phase in the terminal war. “Sure Microsoft will make the Eikon user interface better but that’s not the big prize, that war will never be won,” the person said, noting that Eikon generates a relatively small proportion of Refinitiv’s revenue, about US$1 billion.

Instead, this person said that the view inside LSEG was that terminal sales would decline because there are fewer human traders. The future fight was “data piping” via the cloud, feeding data into the computerized programmes that are doing the trading — and feeding data into the bespoke systems that banks build for themselves.

Here, Microsoft has the advantage of another product that has been around since the early 1980s: its Excel spreadsheet application. By integrating LSEG’s financial data into Excel, the companies intend to use algorithms to help analysts create financial models, charts and presentations all in one place inside Microsoft Office.

“It’s quite an ambitious set of proposals,” said Ian White, analyst at Autonomous Research, adding it would “make a competitive, better integrated tech offering that addresses some of the clunkiness”.

It’s quite an ambitious set of proposals

So what is in it for the tech groups? There is the financial aspect. Microsoft expects to generate US$5 billion in revenue through the 10-year partnership, with a US$2.8 billion minimum spend from LSEG guaranteed. Microsoft is also buying a four per cent stake in LSEG and taking a board seat.

The cloud providers also see cozying up to the exchanges as helping to secure business with thousands of related financial companies. Nasdaq, for instance, has many infrastructure customers that rely on it for trading, clearing and settlement, which means they too will be relying on AWS.

“There are going to be opportunities for us to actually form new relationships,” said Scott Mullins, managing director of worldwide financial services at AWS. “There are some markets that we don’t have infrastructure in yet and we’ll have an opportunity to expand,” he added.

Beattie of MSP said: “The cloud providers definitely want to learn more about financial markets and the quid pro quo is that they get to stipulate a minimum spend on their platforms, thus guaranteeing future income. It was probably critical for Microsoft to get this sort of deal when their competitors already had something in the bag.”

The partnerships are non-exclusive — analysts say to avoid being caught in regulators’ crosshairs. Lawmakers are expected to be closely watching the creeping interest of Big Tech in global capital markets, especially since a handful of cloud computing firms run the majority of the market. Amazon, Microsoft and Google cloud computing services had a combined market share of 66 per cent globally in the third quarter of this year, according to Synergy Research Group.

The Bank of International Settlement warned in July that a growing reliance among financial institutions on cloud computing software supplied by a handful of Big Tech companies could have “systemic implications for the financial system”.

“The cloud has changed the idea of what a strategic [supplier] is,” said Lee Sustar, analyst at advisory company Forrester Research. “When the cloud becomes the vehicle for all your IT, that’s a qualitatively different type of challenge.”

U.K. companies that outsource their data to cloud providers must comply with the Financial Conduct Authority’s rules, including having a plan if the cloud computing firm faces an outage.

Some are concerned that the U.S. tech companies’ growing presence in the infrastructure underpinning global financial markets may evolve into a greater challenge, including them becoming the exchanges themselves.

For now, they are looking to make money from selling the cloud infrastructure “so won’t be looking to compete with their clients, but long term they will want to harness the knowledge” and may therefore expand, said Beattie.

In October, the U.K.’s Financial Conduct Authority began seeking views on the role of Big Tech in finance.

Sheldon Mills, executive director of consumers and competition at the FCA, is assessing competitive threats and said: “This is vital when we consider the role of Big Tech firms in the provision of key technological infrastructure like cloud services.”

It is an assessment that points to how Big Tech may eventually look to build on this newfound interest in exchanges and their data. “Right now they need each other but long term, the friendly supplier could become a very big threat,” Beattie said.