Home News Why is Fräulein Hillary Comparing Trump to Hitler and Conservatives to Nazis? – The Published Reporter® 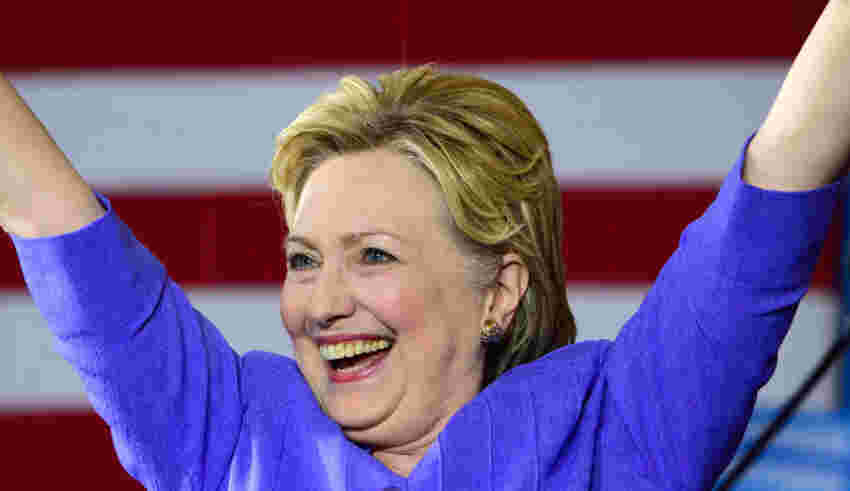 PORTSMOUTH, OH – Did Barack and Susan Rice put the latest rant into the script for Frau Clinton or did she write her own playbook of horrendous things to call freedom-loving and God-serving citizens?

“I remember as a young student, you know, trying to figure out, how people get basically brought in by Hitler. How did that happen? I’d watch newsreels and I’d see this guy standing up there ranting and raving, and people shouting and raising their arms. I thought, ‘What’s happened to these people?”’ Clinton said at the Texas Tribune Festival in Austin.

Frau Clinton added, “You saw the rally in Ohio the other night, Trump is there ranting and raving for more than an hour, and you have these rows of young men with their arms raised. I thought, what is going on?”

And Hillary and Hitler both begin with ‘h-i.’ Isn’t that an interesting coincidence. Folks, I jest.

Could Fräulein Hillary possibly be jealous of Trump’s loyal supporters? Or is it just revenge and sore loser hullabaloo? But why does Hillary transform into an adolescent when Trump is mentioned? I can envision her kicking as she rolls around the floor with hissing and howling.

But an excerpt from “Guilty as Sin: Uncovering New Evidence of Corruption and How Hillary Clinton and the Democrats Derailed the FBI Investigation,” a 2016 book by Edward Klein gives insight on why she is triggered by Trump, a powerful male who can be abrasive.

Hillary pretended she came from a happy family, when in fact, her father, a former Navy drill instructor, abused his wife, beat his sons, and made Hillary feel as if she was never good enough.

“Hillary’s temper tantrums were the stuff of political legend—and said a lot about her character…Her obnoxious behavior was nothing new…Hillary has always had the reputation of swearing like a drunken sailor…Hillary was impossible to work for in the White House.”

Of course, the mainstream media mafia keep lips zipped because it’s the Lefty liberal lady of luxury and the queen of mean. Argh. What’s happens to journalists that cross Hillary and Bill Clinton?

“So when a Democrat like Hillary Clinton puts on their very serious face and uses a very serious voice to speak very serious words to tell us — very seriously — that Donald Trump is a Hitler wannabe and his supporters are like the Nazis at speeches who raised their arms in slavish salute, I have to wonder if Hillary and the Democrats aren’t so enamored of Trump’s popularity that they wish it could happen to them,” ponders Rick Moran at PJ Media.

The deplorables are now Nazis. What’s next? Can a washed-up politician go lower than referring to American conservative citizens as Nazis?

“UNLIKEABLE: The Problem with Hillary,” is a 2015 book by Edward Klein, former editor-in-chief of the New York Times Magazine. “Unlikeable is the stunning, powerful exposé of Hillary Clinton and her floundering race for the White House.”

“The Truth About Hillary: What She Knew, When She Knew It, and How Far She’ll Go to Become President,” is a 2005 book by Edward Klein.

The following are excerpts from a 2016 speech by Ben Carson about Hillary Clinton at the Republican National Convention:

Now, one of the things that I have learned about Hillary Clinton is that one of her heroes, her mentors was Saul Alinsky. And her senior thesis was about Saul Alinsky.

Now, interestingly enough, let me tell you something about Saul Alinsky. He wrote a book called, “Rules for Radicals.” On the dedication page it acknowledges Lucifer, the original radical who gained his own kingdom…

This is a nation where every coin in our pocket, and every bill in our wallet says, “In God We Trust.” So, are we willing to elect someone as president who has as their role model somebody who acknowledges Lucifer? Think about that.

Read more about Saul Alinsky in The Published Reporter.

Moreover, in his New York Times’ bestselling book “The Paradigm,” Rabbi Jonathan Cahn points out parallels between Hillary Clinton and Jezebel in the Bible. “There was none who sold himself to do what was evil in the sight of the LORD like Ahab, whom Jezebel his wife incited.” (1Kings 21:25)

It’s time for Hillary and her lying lips to retire to a tropical island with her megalomaniac cronies.