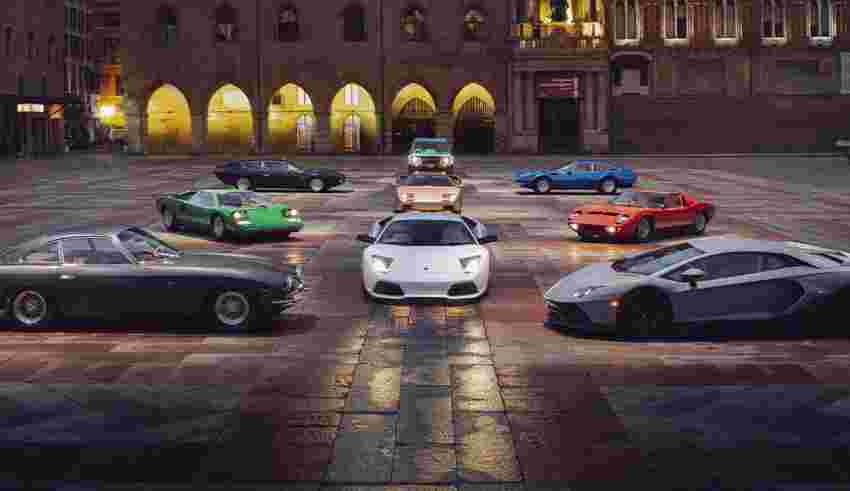 For the past 60 years, Automobili Lamborghini has powered its most legendary supercars and hypercars with performance-driven 12-cylinder engines.

While the push for fuel-efficient hybrids and all-electric EVs takes full effect on the automotive industry, many performance-focused manufacturers are forced to say goodbye to large combustion engine platforms. Although it seems to be a sad future for most passionate car collectors and enthusiasts, brands like Automobili Lamborghini are celebrating their most coveted examples and the V12 engine that helped to shape them as a pioneer. Since 1963, the naturally aspirated V12 engine has evolved into the heartbeat for models like the Aventador, Sián, and Countach LPI 800-4, as well as the Essenza SCV12, the track-day car that produces 830 horsepower.

MUST-READ: The Best Lamborghinis You Can Buy Today

The first Lamborghini 12-cylinder engine was designed by Giotto Bizzarrini and was essentially made as a racing engine for more “civilized” road use. After discussing possible improvements, a second engine (V12) was designed from scratch while still harnessing much of Bizzarrini’s technical concepts. What began as Lamborghini’s entrance into the world of racing quickly became the regular production engine for Ferruccio Lamborghini’s new model.

Which Lamborghini model was the first to feature a V12?

The first-ever V12 Lamborghini to leave the Sant’Agata Bolognese factory in 1964 was the 350 GT, an early front-engine model delivered to Livorno-native jazz drummer Giampiero Giusti. The same car, now the oldest production Lamborghini in existence, perfectly restored and certified by Polo Storico, won Best in Show at the Lamborghini & Design competition held in Trieste and organized in 2019 by Lamborghini Polo Storico.

Lamborghini’s iconic V12 engine is considered one of the most refined and prestigious power plants, thanks to a double overhead camshaft that increases the “V” angle of the engine. Over time the size of the engine was an increase from the 350 GT’s 3.5-liter to a 6.5-liters, with an array of sizes in-between powering unique creations like the 1986 Lamborghini LM 002 as well as 700 horsepower offshore racing powerboats. Lamborghini continued to take different approaches to the V12 to meet the increasingly stringent regulations. The Aventador is the last Lamborghini to run a pure naturally aspirated V12 engine before the next hybrid chapter is rolled out in the first quarter of 2023.