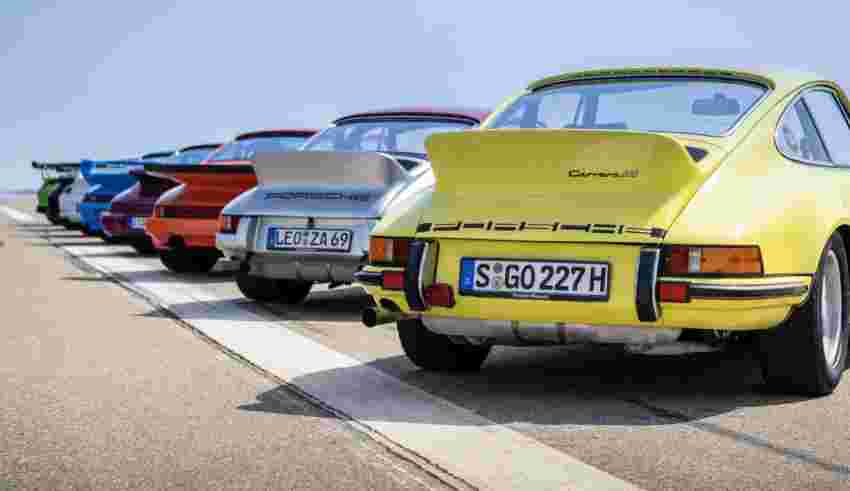 The designers were stunned when they first laid eyes on the new 911, its unique, simple form altered by something wedge-shaped on the tailgate.

Although every inch of the Porsche 911 stands out as automotive perfection, many owners and enthusiasts can agree that the rear end showcases the most beautiful angle of the German sports car. Engineered to be the ultimate vehicle platform for any road or track, Porsche developed the stunning ducktail rear wing to add downforce while traveling at high-speeds. Being an introductory addition to models like the 911 Carrera RS 2.7, the idea became unsure to many as sales experts stated “There’s no way we’ll sell more than a hundred of these.”

MUST-READ: The Best Porsche 911s You Can Buy Today

Made from welding wire and thin sheet metal, a roughly designed spoiler on the engine flap reduced the lift coefficient at the rear of the car. This also improved the drag coefficient value, which measures aerodynamic performance, and increased the top speed by 2.8mph to 149mph. What doesn’t sound like much is paramount for a 911 RS, as every hundredth of a second can count in motorsport. The milestone accomplishment led to Porsche incorporating the performance upgrade into many of its past, present, and future variations of the 911. Now 79 years old, the iconic Porsche ducktail continues its reign under patent application number 2238704 (submitted to the German Patent and Trade Mark Office on August 5, 1972). View all of the current Porsche 911 models for sale on duPont REGISTRY by clicking on the link below.