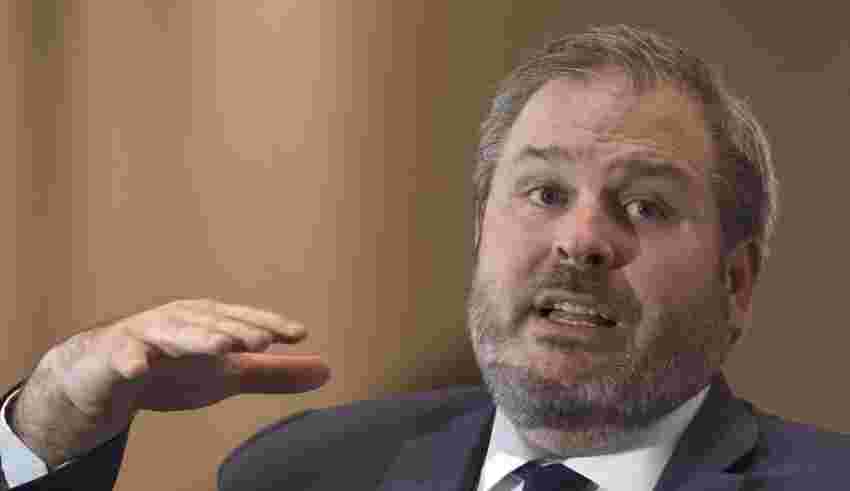 Bank of Nova Scotia chief economist Jean-François Perrault doesn’t believe Bank of Canada governor Tiff Macklem when he tells Canadians he will bring inflation back to two per cent.

Perrault made the statement during a discussion on inflation at the Canadian Club’s 46th outlook panel, held on Jan. 11 in Toronto. During the event, Perrault was asked if he believed Macklem’s repeated assertion that the central bank will tame price growth, which has remained outside of its target range of one to three per cent since April 2021.

Perrault added, “He would never, ever, ever — I’m sure — agree with anybody suggesting that he’s misleading folks, but I’m sure a little bit of misdirection is helpful in this context. Whatever you can do that’s going to make people believe you’re going to do your job or achieve your objective is helpful in the current circumstances.”

To be sure, Perrault said he believes inflation will return to the central bank’s target eventually. He framed his comments around the central bank’s own forecast that consumer price growth will return to the target range by the end of this year before averaging around two per cent by the end of 2024. Scotiabank predicts the Bank of Canada will make good on its claims of delivering a soft landing and keep the economy from tipping into a deep recession.

The central bank has been battling inflation since March of last year, when it kicked off its interest rate hiking cycle with a 25-basis point increase to 0.5 per cent. Macklem was then forced to increase rates at the fastest clip in the Bank of Canada’s history in an attempt to get inflation under control amid strong gross domestic product readings and a tight labour market.

Until last spring, central bankers told Canadians and investors that inflation was transitory, with supply chain troubles being one of the primary causes, and that once those eased, price growth would return to normal. Then, the Russian invasion of Ukraine sent commodity prices soaring, and pent-up consumer demand for services, especially travel, helped kick the economy into overdrive as Canadians tapped into pandemic savings. Meanwhile, businesses struggled to hire staff to meet increased demand.

The Bank of Canada’s policy rate now stands at 4.25 per cent and inflation has slowed, coming in at 6.8 per cent in November from a high of 8.1 per cent in July.

Perrault said that if Macklem is unable to bring inflation back to target, the governor could risk undermining his credibility to become “the boy who cried wolf.”

“He’s been saying this for a while and there has been a loss of credibility, it’s undeniable,” Perrault said. “(Rates) are probably higher now than what they would have been otherwise had he, I think, maybe been a little more humble and a little bit more forthright in terms of his understanding of inflation and what that means for Canadians and policymakers.”

The Canadian Club hosts experts at the start of each year to discuss the economic and political issues that will impact Canadians in the coming months. Along with Perrault, this year’s panelists included Kevin Carmichael, the Financial Post’s editor-in-chief, Dennis Mitchell, chief executive of Starlight Investments Capital LP, and Amanda Lang, an anchor at Bell Media’s BNN Bloomberg.

Emma Roberts checked her phone after getting her nails done in Los Angeles. Source link …