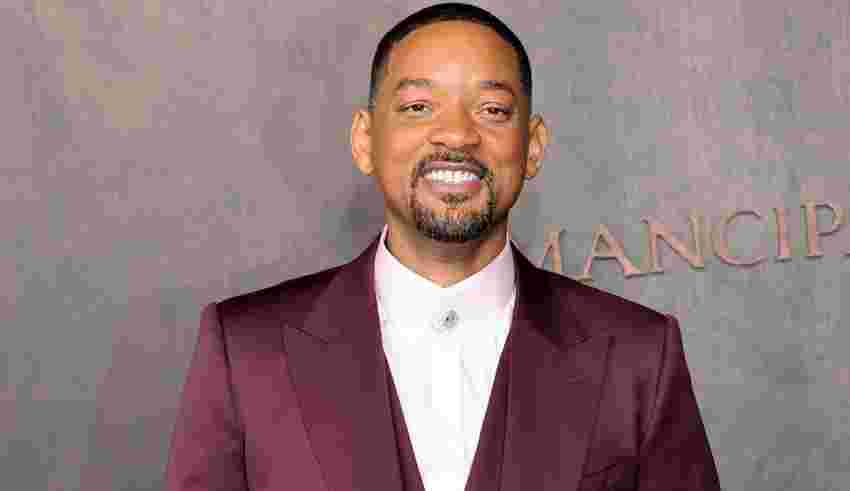 Will Smith returned to the red carpet for the premiere of his Apple TV+ film “Emancipation” with wife Jada Pinkett Smith and his children by his side.

The family put on a united front following his Oscars controversy earlier this year where Will slapped comedian Chris Rock.

“Extra’s” Melvin Robert caught up with Smith, who opened up about the film inspired by the haunting 1863 images of “Whipped Peter,” which were taken during a Union Army medical exam.

Smith plays Peter, a man who escapes from slavery by relying on his wits, unwavering faith and deep love for his family while on his quest for freedom.

Melvin told Will that many of us have seen the photo of “Whipped Peter,” but don’t know the story behind it. He asked Will why the film was so important to him.

Smith explained, “It’s been heralded as one of the first viral images. Cameras were new, and that image of what is called ‘Whipped Peter’ went around the world in a way that changed human minds around the idea of slavery. As an artist you always hope to be able to do service to a story like that, my hope is that this film can have a lot of the same effect as it goes around the world to be able to open the hearts and minds of people about the plight of Blacks in America, but also the human tragedy of want and violence against one another.”

Will talked about the movie being about freedom. He said, “This is definitely a freedom movie… the power of faith, the power of family, it’s history but, I think it captures it in a way that feels modern… it’s not ‘eat your vegetables’… It’s a real cinematic spectacle.”

Melvin commented that it is a project that really sticks with you after it is over, asking Will how he keeps his faith, “For me as an actor any time you work on a piece, you take away some of the character and I think the power of Peter’s gratitude is one of the things that I took away.”

Will shared a moment from the film, ”He puts his hand up and he praises God, in the middle of the hell, that hell he is living. I love that that moment, that moment has helped me. You want to learn to even be grateful for your difficulties, the relationship between suffering and salvation… We hate that that’s the case, but your suffering is where you get your wisdom, your suffering is where you find your way, Peter has been really helpful.”

“Emancipation” will be in select theaters December 2 and on Apple TV+ on December 9.

Stephanie Hughes, finance reporter for the Financial Post, walks you through the top seven…