Home Entertainment Will Smith’s First Interview Since Chris Rock Oscars Slap: ‘That Was a Rage’ 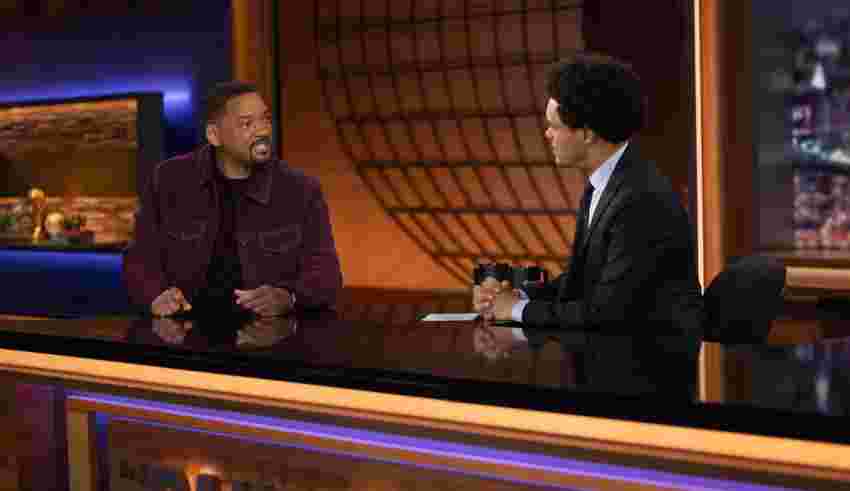 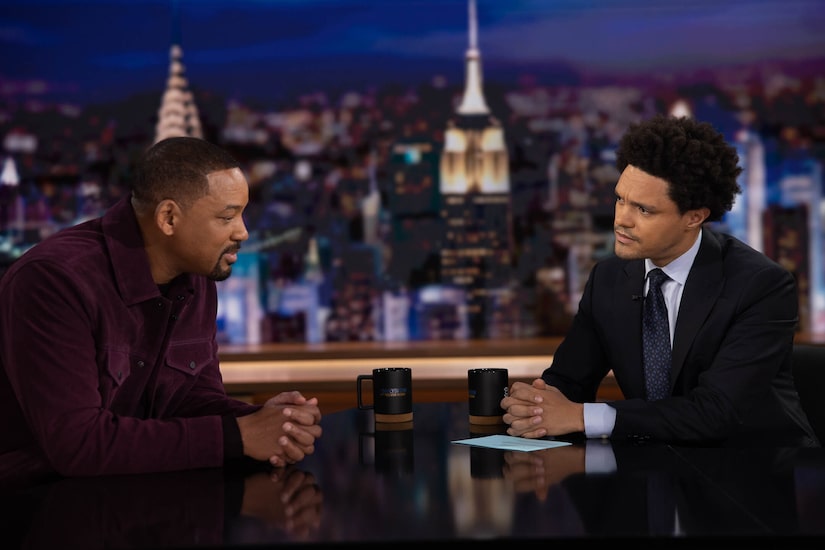 Will Smith is opening up about slapping Chris Rock at the 2022 Oscars in his first interview since the incident.

Smith shocked the Academy Awards audience when he slapped Chris Rock over a joke about Jada Pinkett Smith’s hair. Jada suffers from alopecia, reportedly unbeknownst to Chris at the time.

Smith addressed the ordeal while appearing on “The Daily Show with Trevor Noah” to promote his upcoming film “Emancipation.”

Will said, “That was a horrific night, as you can imagine. You know, there’s many nuances and complexities to it. But at the end of the day, I just — I lost it, you know? And I guess what I would say, you just never know what somebody’s going through, you know? In the audience right now, you are sitting next to strangers, and somebody’s mother died last week. Somebody’s child is sick. Somebody just lost their job. Somebody just found out their spouse cheated.”

He continued, “It’s like — there’s all these things, and they’re strangers, and you just don’t know what is going on with people. And I was going through something that night. Not that that justifies my behavior at all.”

The Oscar winner’s biggest takeaway was the need for kindness. 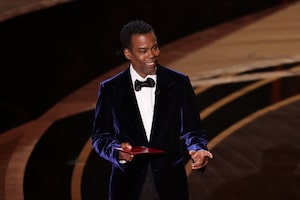 “You are asking, what did I learn, and it is that we just got to be nice to each other, man,” Smith said. “I guess the thing that was most painful for me is, I took my heart and made it hard for other people. I understood the idea, they say hurt people hurt people.”

The star continued, “It was a lot of things. It was the little boy that watched his father beat up his mother. All of that just bubbled up in that moment,” Smith said. “I just — that is not who I want to be.”

Trevor, who is friends with both Will and Chris, acknowledged that the incident was “f—ked up.”

Will explained that he was in a rage over the joke Chris made about his wife Jada. 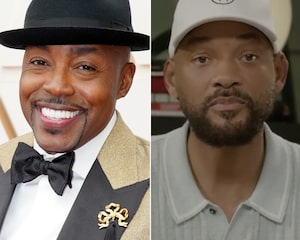 “I was gone. That was a rage that had been bottled for a really long time. I understand the pain,” he said.

Will has since resigned from the Academy and is banned from attending the Oscars for 10 years.

He also faced major fallout at home, telling Trevor, “It was like, my nephew Dom is 9. And he is the sweetest little boy. He’s like — we came home, and it’s like, he had stayed up late to see his Uncle Will, and we are sitting in my kitchen and he is on my lap and he is holding the Oscar and he is just like, ‘Why did you hit that man, Uncle Will?'”

Smith said in the months since the Oscars, he’s worked on forgiving himself.

“That was one of the big things for me over this last couple of months, that I had to forgive myself for being human,” Smith said. “And trust me, there is nobody that hates the fact that I’m human more than me.”

Back in July, Smith posted an emotional video apologizing to Chris.

Reflecting on the experience, Will continues, “I spent the last three months replaying and understanding the nuances and, and the complexities of what happened in that moment. And I’m not going to try to unpack all of that right now. But I can say to all of you, there is no part of me that thinks that was the right way to behave in that moment. There’s no part of me that thinks that’s the optimal way to handle a feeling of disrespect or insults.”

He later added, “Disappointing people is my central trauma. I hate when I let people down. So it, it hurts, it hurts me psychologically and emotionally to know I didn’t live up to people’s image and impression of me. And the work I’m trying to do is, I am deeply remorseful, and I’m trying to be remorseful without being ashamed of myself.

“Right? I’m human. And I made a mistake and I’m trying not to think of myself as a piece of sh*t. So I would say to those people, I know it was confusing, I know it was shocking. But I promise you, I am deeply devoted and committed to putting light and love and joy into the world. And, you know, if you hang on, I promise we’ll be able to be friends again.” 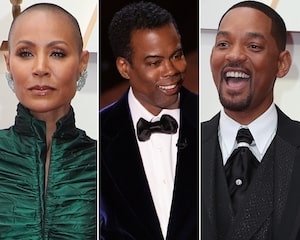 CNN reported that shortly after Rock, on his Chris Rock Ego Death world tour in Atlanta, said, “Everybody is trying to be a f**king victim,” a clear swipe at Smith’s video. “If everybody claims to be a victim, then nobody will hear the real victims.”

He went on to joke, “Even me getting smacked by Suge Smith… I went to work the next day. I got kids.”

Rock also got laughs with: “Anybody who says words hurt has never been punched in the face.”