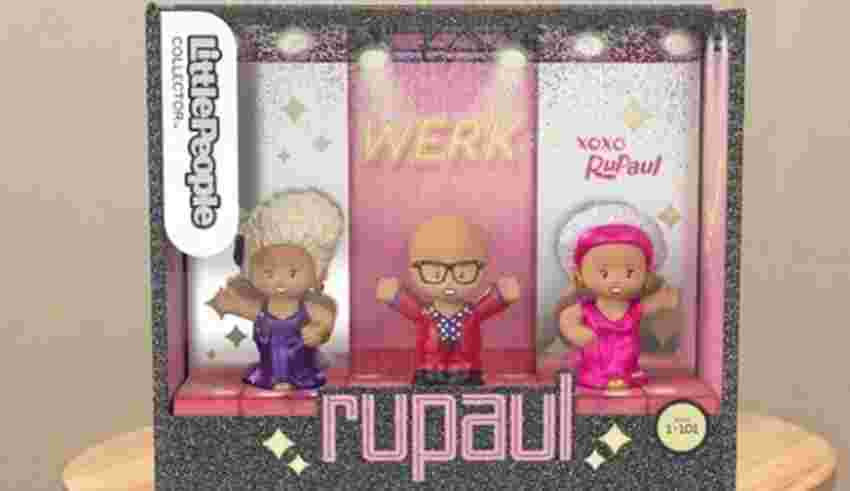 PORTSMOUTH, OH – I am disgusted. Why would an adult male (RuPaul) push gender-bending on toddlers? The trans cult movement is coming after our youngest and most innocent humans. A demonic doctrine has no respect for God or children made in God’s image. These reprobates of depraved minds have waged war on our kids.

No child is born in the wrong body. And there are only two sexes: male and female.

That’s right – they came to slay the innocent minds of toddlers with an organized agenda of debauchery.

Another toy company hops on the transgender bus to indoctrinate young children into the dangerous world of trans ideology and the grooming and sexualization by drag queens (heterosexual, homosexual, bisexual, transsexual) males that dress up like women in outlandish costumes, wacky wigs, and caked on makeup.

Read what One Million Moms has to say on their website. Sign our petition urging Fisher-Price to discontinue production and sales of its Little People RuPaul figure set immediately.

It is outrageous that a toy company is marketing and normalizing gender dysphoria to young children. Parents who are not already aware of the company’s agenda, please be forewarned: Children are being “groomed” by Fisher-Price drag queen dolls under the disguise of playtime.

Fisher-Price is hoping to have this doll placed in playrooms solely to indoctrinate children into transgenderism and homosexuality. The company’s goal is to have everyone, even toddlers, accept the LGBTQ lifestyle when instead, a toy company should never even consider taking part in this abomination.

RuPaul needs to take a college course on biology and anatomy as he is confused over the differences between males and females. Too much perfume has seeped into his brain cells.

Scientific facts are being ignored – on purpose. No child is born in the wrong body.

Sane and sensible adults must stand up to protect and defend toddlers from gender-bending drag queens and the trans cult movement that wants to confuse children and destroy families.