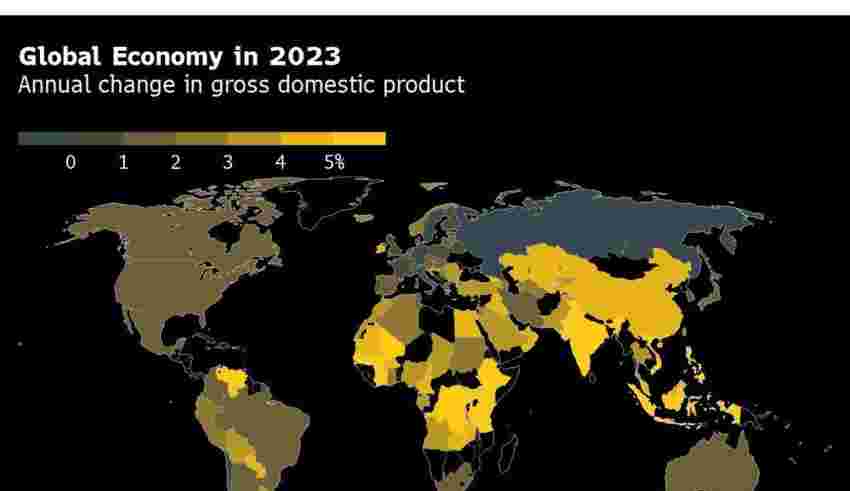 (Bloomberg) — The World Bank is concerned that “further adverse shocks” could push the global economy into recession in 2023, with small states especially vulnerable.

The warning is contained in an abstract for the bi-annual “Global Economic Prospects” report due for release on Tuesday and visible on the group’s Open Knowledge Repository website.

“Urgent global and national efforts” are needed to mitigate the risk of such a downturn as well as debt distress in emerging market and developing economies (EMDEs), where investment growth is expected to remain below the average of the past two decades, the Washington-based lender said.

“It is critical that EMDE policy makers ensure that any fiscal support is focused on vulnerable groups, that inflation expectations remain well anchored, and that financial systems continue to be resilient,” it said.

Similar demands have been made by central bankers from around the world as they aggressively raise interest rates to ease price pressures while governments support businesses and households by containing energy costs.

International Monetary Fund Managing Director Kristalina Georgieva started 2023 with a warning that the world faces “a tough year, tougher than the year we leave behind.” One-third of the global economy will be in recession because the US, the EU and China are all slowing down simultaneously, she told CBS’s ‘Face the Nation’ in an interview aired Jan. 1.