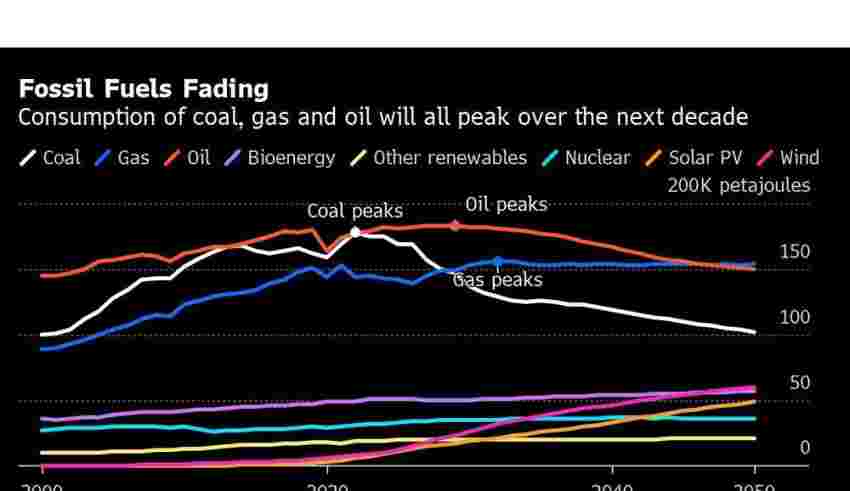 (Bloomberg) — Even after a disappointing global climate summit, the world can still avoid the worst effects of climate change by speeding up electrification and renewables deployment and supporting development of hydrogen and carbon capture, according to new findings from BloombergNEF.

The world can stay on track for net-zero emissions by 2050, but only if governments and companies take decisive actions now, the research firm said in its annual New Energy Outlook on Tuesday. While the global energy crisis has made renewables even more cost-competitive against increasingly pricey fossil fuels, relying on an economic transition alone will still leave the world far short of Paris Climate Agreement targets.

“A credible pathway to meet the goals of the Paris Agreement still exists, but getting there requires immediate action,” said David Hostert, global head of economics and modeling at the firm. “We need to see a massive acceleration in the build-out of power grids, manufacturing capacity for low carbon technologies, and supply of critical metals and materials.”

The report was published a little more than a week after the COP27 climate conference in Egypt, where “no meaningful increase in ambition in the fight against global warming” was made, according to BNEF.

Technologies such as wind turbines, solar panels and batteries have already made impressive advancements and will continue to be deployed on their own merit. Without any further government support for climate action, they would account for about two-thirds of global power generation by 2050, according to BNEF. Several countries, including China, India and Indonesia, are all expected to outpace existing national climate targets based on economics alone, BNEF said.

Fossil-fuel consumption will peak over the next decade. Still, that would leave global emissions at nearly 25 billion tons a year, just 29% less than now, and the world on trajectory for a 2.6 degrees Celsius increase in temperatures from pre-industrial times, breaching Paris Agreement targets.

A more ambitious path would see wind and solar providing three-quarters of the world’s power by 2050, with nuclear, hydrogen and fossil fuels paired with carbon capture providing most of the rest. That would keep temperatures within a 1.77 degrees Celsius increase.

It would also require a lot more work. Spending on clean energy this decade would need to outweigh that for fossil fuel supplies 3-to-1. Less mature technology would require massive investment, with hydrogen use needing to increase five-fold by 2050 from today and carbon capture capacity needing to grow 1,700%.

—With assistance from Will Wade.