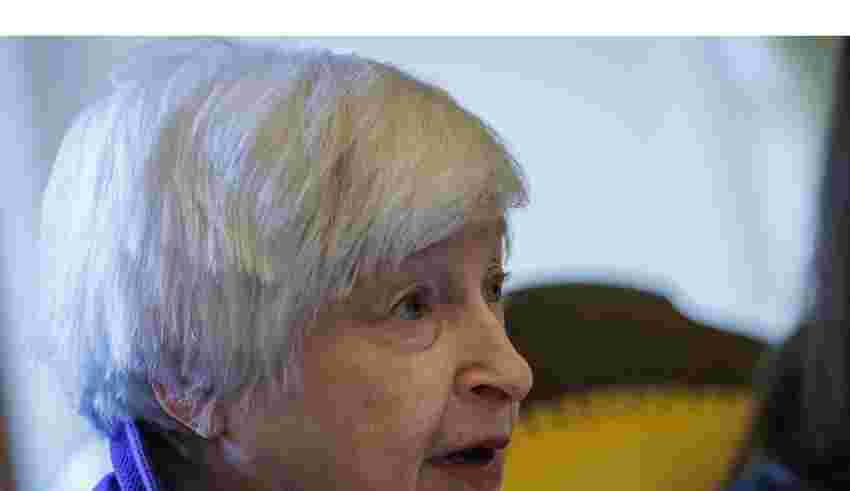 (Bloomberg) — US Treasury Secretary Janet Yellen again expressed cautious optimism that China will be willing to enter into a multilateral debt restructuring deal with Zambia.

The potential agreement is seen as a crucial test case for efforts to help developing countries find relief from sometimes crushing external debt.

“Our counterparts are sophisticated economics officials who can listen to a reasoned argument and understand it,” Yellen told reporters in Dakar, Senegal, on Saturday. “I definitely think they get what the problem is, and that there needs to be a solution.”

The Treasury chief met with her Chinese counterpart, Liu He, during a brief stop in Zurich on Wednesday before heading to Africa for a 10-day, three-country visit. Yellen raised the case of Zambia during that meeting, and on Friday said China’s response had been “constructive,” without offering more details.

She also shed some light on Saturday on why China has appeared to drag its feet for months on agreeing, along with other lenders, to a restructuring deal with Zambia.

“They have issues about why multilateral development banks don’t have to take a haircut, and that needs to be worked through,” Yellen said. “But we have counterparts who we are able to talk to in a reasonable way, and work through our differences, and I hope out of that process that some progress will come.”

She quickly added that she had no prediction about what might happen next in the talks, or when.

Zambia is seen as a key test case for the so-called Common Framework, a program set up by wealthy countries to unify the positions of commercial and sovereign creditors and smooth the path to debt relief for the most heavily indebted countries. China, the biggest lender to the developing world, has been criticized for holding up the program in Zambia and other countries.

“The Chinese understand that we’re concerned” about Zambia, Yellen said. “But there are many countries now that are falling into a situation — partly because of Russia’s war in Ukraine and what’s happened to food and energy and fertilizer prices, but also because of the pandemic.”