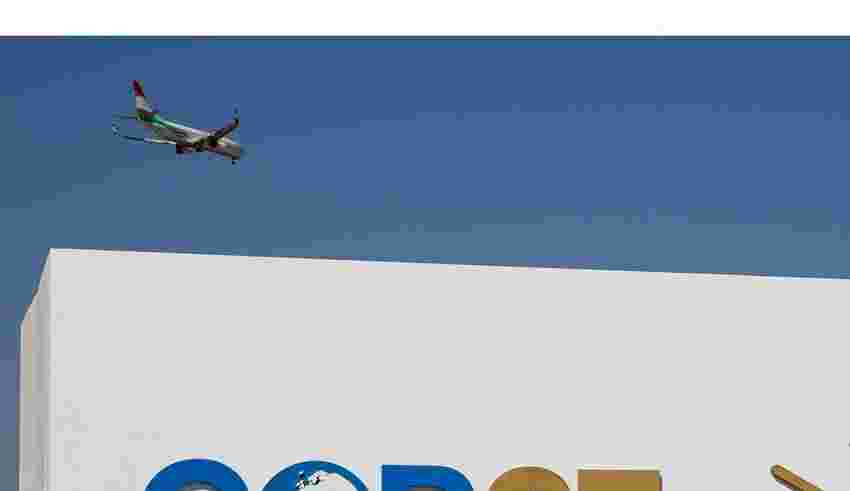 Given nobody won the Powerball jackpot last night, we’ve all got to head back to office Monday. So here’s a quick primer on what’s happening this week.

The big election: With just a few days to go before the US midterm elections, candidates and party leaders are out making their final pitches to voters. But polling suggests that the economy remains the No. 1 issue that will decide who controls Congress and as Reader Pickert and Nancy Cook write, the current economic landscape is one of extremes.

Whatever the outcome of this week’s midterm elections, one thing’s clear to Bloomberg Opinion’s Clive Crook: Democrats have fought a pitifully poor campaign. And Bloomberg Wealth’s Amanda Albright runs the numbers on how the influence of deep-pocketed billionaires from Ron Lauder in New York to Phil Knight in Oregon could be pivotal come election day.

The big market thought: Tuesday’s vote also represents a potential turning point in what’s been a dismal year for Wall Street. The fourth quarter and year after mid-term elections has historically been the market’s strongest stretch during the four-year presidential cycle. And with the Democrats possibly losing control of the House or Senate, stocks may get a further lift from a divided government that would doom any major legislation that could shake up the economic outlook. Here are a few pointers on how to trade the elections.

The big stat: The Federal Reserve gets fresh insight into its inflation challenge this week, with a report on consumer prices due Thursday.  CPI is expected to have continued to rise at a stubbornly fast pace in the past month, indicating officials have made little progress in arresting rampant inflation with its series of jumbo hikes.

The big earnings:  After the likes of Airbnb, Moderna, Peloton and Qualcomm trimmed their forecasts last week, some strategists say the gloomy outlook is likely to worsen before the stock market finds a bottom. Keep an eye on the reports this week from Activision Blizzard, Disney, Lyft, Ralph Lauren and Rivian, which could shed further light on the state of consumer demand.

The big deal: One of the biggest corporate mergers in Canadian history is about to face its hardest test. Hearings begin Monday at Canada’s Competition Tribunal, which could decide whether Rogers Communications’ C$20 billion takeover offer for Shaw Communications can go ahead despite concerns from the country’s competition commissioner.

The big summit: COP27, the annual UN climate summit, kicked off in Egypt’s Sharm el-Sheikh beach resort on Sunday.  The gathering of more than 100 heads of state and some 45,000 other delegates comes as the energy challenges posed by Russia’s invasion of Ukraine threaten to overwhelm promises made at last year’s Glasgow edition. John Ainger and Laura Millan Lombrana look at ten things to watch from the gathering.

There’s been an early breakthrough: diplomats have agreed to officially debate who pays for damages caused by extreme weather — a thorny issue that had caused splits between rich and poor nations.

The big opinion: Climate protesters are getting increasingly creative — and disruptive. The latest incident saw nearly 200 activists arrested after storming Amsterdam’s Schiphol airport and blocking private jets. Bloomberg Opinion’s Andreas Kluth says, while protestors should leave Van Gogh alone and learn some manners, the rest of us have an obligation to listen to what drove them to extremes.

ICYM our Big Take:  If you’re not looking forward to the morning commute now that traffic in many cities in the region is returning to its congested norm, spare a thought for these truck drivers who can spend two weeks in a traffic jam.

And finally, just in time for COP27, check out the Zero podcast, which this week looks at whether the US can become a climate leader. Host Akshat Rathi interviews political science professor Leah Stokes about the Inflation Reduction Act and what’s still on her green-policy wish list.

Have a good week. See you on the other side.

Claire Danes Says Her Son, 4, Is ‘Less Than Thrilled’ About Her Pregnancy