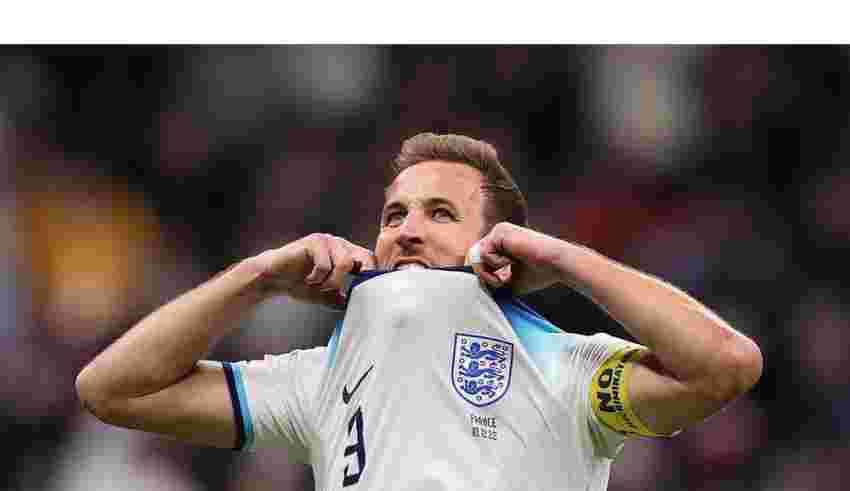 The big letdown: The Three Lions fell short yet again to make it to the semifinals, as defending champions France were too good on the day and England’s tortured relationship with the penalty spot took another painful twist. As Gareth Southgate mulled his future as coach, angry fans vented their rage online with #southgateout trending on Twitter. Also mulling what might have been: Gary Lineker and his mates at the Beeb who’ll have to pretend to be interested in the semis.

The big chill: On the plus side, Brits can return to another favorite topic of discussion: the weather. The UK is getting a nasty taste of the arctic blast that’s been chilling Europe, pushing power prices here to records. The Met Office has yellow weather warnings for snow and ice across the country for much of the week.The big strikes:  Just in time for Christmas, thousands of rail workers, post office staff and nurses are preparing to walk off the job, with union leaders saying the government is showing little interest in negotiations. As Philip Aldrick reports, the most extensive strike actions since the Thatcher years pose a massive challenge to the young Sunak government.

The big decision:  The Bank of England is set to push its key lending rate to the highest in 14 years. Thursday’s meeting may  reveal the deepest divisions among policymakers since the central bank was granted independence in 1997 as they try to figure out how to bear down on inflation while avoiding a deep recession. The Fed and ECB also get in on the rate-hiking action this week. The big data: The UK gets a dose of data this week that will shed light on whether the BOE’s rate increases are doing anything to tame double-digit inflation. Bloomberg economists predict data will show GDP expanded 0.2% in October, unemployment numbers may show joblessness ticking up to 3.7%, and inflation may hold at close to 11%.

The big show: Despite all the hype, the Netflix series about Harry & Meghan has left Buckingham Palace largely unscathed. That may be about to change with the release of the final three episodes, which will focus more on the events that led to the Duke and Duchess of Sussex abandoning “The Firm” and setting up shop in a former colony. The royal family could learn from how artfully Harry and Meghan got their message across, Martin Ivens writes in Bloomberg Opinion.

ICYMI : For one hard-pressed local council in southern England, it sounded like a sure thing—invest big in social energy farms to boost returns and help save the planet. But the bet backfired spectacularly and led to a  £470-million annual loss, about £2,670 for each of the area’s residents.

And finally, if you’re already looking forward to 2023, tune in for some really outrageous predictions from Saxo Bank’s extreme-case scenarios. Gold at $3,000 an ounce, anyone?

Have a good week. We’ll see you on the other side.

Leave it to Hennessey to combine supercar speed with room for cargo. When it comes to imbu…